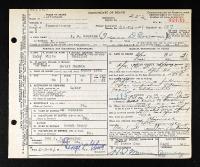 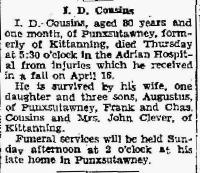 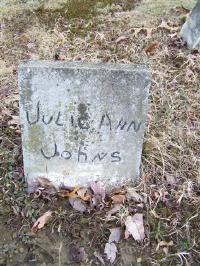 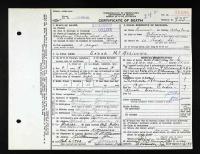 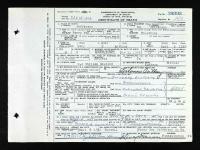 She was buried on 8 September 1955 at Hopewell United Methodist Church Cemetery, Frostburg, Jefferson, Pennsylvania.3 Mary Elizabeth Cousins Find-a-Grave.com ID # 47070481.
She appeared on the census of 8 July 1870 at Bradys Bend, Armstrong, Pennsylvania.1 She was listed as a resident in William Cousins's household in the census report on 29 June 1880 at New Bethlehem, Clairon, Pennsylvania; Possibly living in same home as his daughter, Sarah Cousins Merwin.6 As of 17 September 1883,her married name was Anthony.4 Mary Elizabeth Anthony witnessed the death of Lee Thomason Anthony on 31 July 1937 at Adrian Hospital, Punxsutawney, Jerfferson, Pennsylvania; Cause of death was myocaritis.4,7 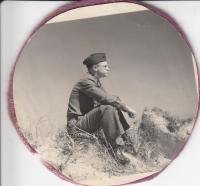 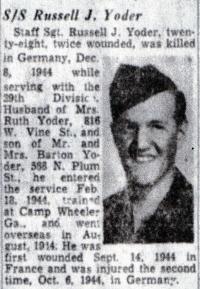 Russel Joseph Yoder was born on 9 March 1917 at Lancaster, Pennsylvania.3,4,5,6 He married Ruth Vera Martin, daughter of William E Martin and Elizabeth B Kissinger, circa 1937.1 Russel Joseph Yoder died on 8 December 1944 at West bank of Rur River, Julich, Germany, at age 27; S/Sgt. Yoder was killed in action Dec 8, in Germany, according to work received by his wife last week. She had previously been informed that he was missing on that date. A native of Lancaster, where his parents and wife now reside,he had twice been wounded previously. An Infantryman, Yoder had served in England, France and Germany. He went into action sometime in August, was wounded first on Sept 7th and later on Oct 14. The first time he was out of action three days, the second time five days. He was inducted from York in Feburay 1944, while an employee of the T. R. Taylor and Company and trained at Camp Wheeler, Ga. He went overseas the last of July. Besides his wife and parents, he leaves a four year old son, Robert.7,8 He was buried on 15 December 1944 at Margraten Cemetery, Margraten, Netherlands.1 Russel Joseph Yoder Find-a-Grave.com ID # an unknown place ; 22032758.9
He appeared on the census of 7 January 1920 at 637 High St, Lancaster, Lancaster, Pennsylvania.10 He appeared on the census of 18 April 1930 at 808 Prangley Ave, Lancaster, Lancaster, Pennsylvania.11 He was included at a reunion with approx 150 members attending. Tenth Reunion. on 25 July 1936 at Buchmiller Park, Lancaster, Lancaster County, Pennsylvania.12 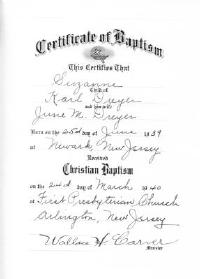 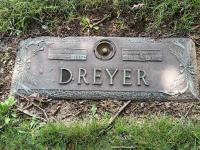 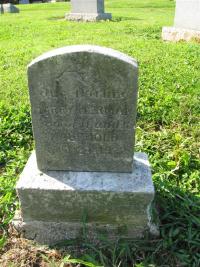 Born in Lancaster, he was the son of the late Herman Rudolph and Rosine (Oswald) Kaufhold.

He was a member of the Lancaster County Penn State Alumni Association and Lancaster Liederkranz.

Bob enjoyed volunteering his time in the pharmacy of Lancaster General Hospital. He loved going to the Community Market and Root’s, and spending time at the Jersey shore with his family. He was an avid coin collector.

He is survived by a son, Jeffrey Robert Kaufhold of Hummelstown; a daughter, Jana Keck and her husband Bill of Lancaster; and four grandchildren: Zachary and Hannah Kaufhold and Alec and Michelle Keck. He was preceded in death by a son, Keith Robert Kaufhold, and a brother, Harry Kaufhold.

Funeral services will be held at 11 AM on Monday, March 18, 2013 at Charles F. Snyder Funeral Home & Crematory, 441 N. George St., Millersville, PA with Pastor Mark Thiboldeaux officiating. Burial will follow in Conestoga Memorial Park. The family will receive friends at the funeral home one hour prior to the service, from 10 to 11 AM. Please omit flowers. Memorial contributions in Bob’s memory may be made to Lancaster County Penn State Alumni Association, c/o Scholarship Fund, 334 W. Main St., Leola, PA 17540. To place a condolence online, please visit SnyderFuneralHome.com. Charles F. Snyder Funeral Home & Crematory 717-872-5041.1
He was buried on 18 March 2013 at Conestoga Memorial Park, Lancaster, Lancaster, Pennsylvania.1
He witnessed the settlement and sold home to Lynn M. Francis and Virginia J. Francis of 293 Hickory St, Teaneck, New Jersey for $31,500.00 on 17 February 1972 at 1117 Devonshire Rd, Lancaster, Lancaster, Pennsylvania.2 He witnessed their settlement on home. on 30 March 1972.2

Ronald George Dreyer married Donna (?)2 Ronald George Dreyer was born on 22 February 1945 at Lancaster, Lancaster, Pennsylvania; He was baptised April 6 1947 at Grand View Heights Community Methodist Church, Lancaster, PA.1 He died on 2 March 2015 at Ocean View, Delaware, at age 70.3 He was buried on 5 March 2015 at Ocean View, Delaware.3
He witnessed Letter and copy of Karl Dreyer will concerning course of next actions. on 18 December 1967.1 He witnessed Attorney letter advising children of Karl Dreyer that the account will be audited by the Orphans Court Sept 16, 1968 on 7 August 1968.1 He lived on 7 August 1968 at H & S Company- Supple Battalion, Stock Act. 3rd FSR-FMF Pac., FPO San Francisco, California.1 He lived on 16 July 1998 at Lewes, Delaware.4