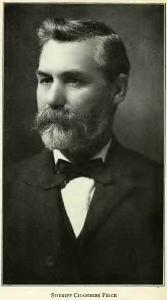 From: The Simpson's Leader-Times, Kittanning, Pennsylvania, September 2 or 3 1939.2,3 Chambers Frick Find-a-Grave.com ID # 25304909 + family links.
He witnessed Chambers Frick, one of the leading business men and public-spirited citizens of Adrian and of East Franklin township, is a blacksmith by trade, as was his father, grandfather and great-grandfather before him. He is a son of Abraham and Delilah (Bowser) Frick, and was born at Adrian, in East Franklin township, Armstrong county, Pennsylvania, November 26, 1852. His great-grandfather Frick was of German descent, and came about 1840 from Westmoreland into Armstrong county, where he purchased a large tract of land. He was a blacksmith by trade and his son, Michael Frick (grandfather), learned blacksmithing with him. Michael Frick followed farming in connection with his trade in this and Butler county, to which he removed in 1854. He was a republican and died in 1863. He was a class leader in the M. E. church, and while in one section where there was no church he gave his house for religious services, in which he generally led. His son, Abraham Frick (father), was a blacksmith by trade and very fine workman. He was a resident of this county from 1839 until his death in 1862, when he was in the thirty-third year of his age. He and his wife were members of the Baptist church, and in politics he affiliated with the Republican party, but was not an ultra partisan. He followed his trade at Adrian during the last eight or ten years of his life. He married Delilah Bowser, daughter of Abraham Bowser, and who died Mary 15, 1873, aged forty-one years.

Chambers Frick was reared at Adrian, and received his education in the common schools. He learned the trade of blacksmith, and afterwards became mining boss at Monticello furnace, which position he held for three years. In 1878 he opened a blacksmith shop at Adrian, which he operated until 1881, when he removed to Templeton, where he was engaged in the manufacture of carriages for three years. He then became a clerk in the hardware and agricultural implement house of James McCullough, Jr., of Kittanning, and also acted as a traveling salesman during a portion of the two years he remained with Mr. McCullough. In 1887 he returned to Adrian and engaged in his present general mercantile business. In connection with merchandising he operates a large blacksmith shop, in which special attention is given to general repairing. He has a neat and tasteful store which is well stocked with first-class dry goods, groceries and notions, and has the public approval of his business in the large patronage which he enjoys. Mr. Frick was only ten years of age at his father's death, and from that time on had to do for himself. He has made his own way in the world and the success which he has won and the competency which he has acquired are the results of his own unaided efforts.

Chambers Frick is a republican, and a member of the Jr. O.U.A.M. and Montgomeryville Baptist church.

From: The Biographical & Historical Cyclopedia Of Indiana And Armstrong Counties, Pennsylvania, 1891, Page 515 in 1891. 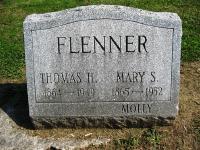 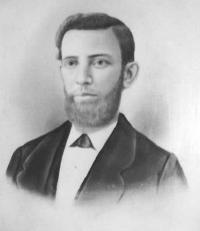 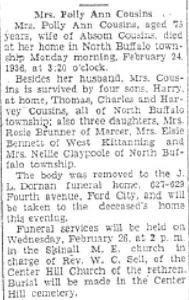 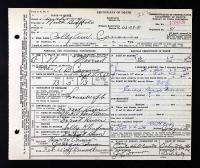 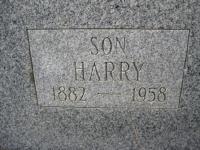 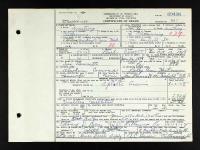 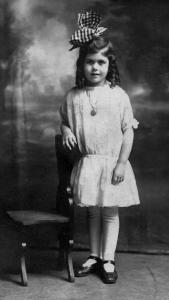 Written on back of photo was Nellie Cousins. From the Bert & Lizzie Cousins Collection.
Added by: William Cousins
8/13/2011 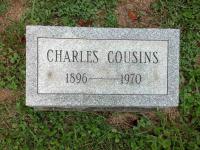 F, b. January 1872, d. 1950
Mary Ann Bowser was born in January 1872 at Pennsylvania.1 She married Levi Cousins, son of Thomas Cousins and Catherine 'Hattie' Bowser, on 21 February 1891 at Kittanning, Armstrong, Pennsylvania. Noted on application that these two people were second cousins.1,2,3 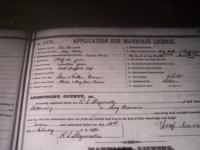 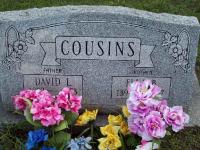 Mrs. Brown had been living in Green River for the past five months, previously living in Pennsylvania.

Mrs. Brown was a member of the Brothern Church.

She is survived by three sons, Leroy and Willis Brown, both of Green River, and Kenton Brown of Butler, Pa; her daughter, Edith Rich of Santa Monica, Calif; a brother, Percy Cousins of Kittanning; 28 grandchildren; 37 great-grandchildren and one great-great-grandchild.2 She was buried on 5 March 1981 at Saint John's Cemetery, Granite City, Madison, Illinois.2 Hattie A Cousins Find-a-Grave.com ID # 180793327.
She appeared on the census of 8 June 1900 at North Buffalo, Armstrong, Pennsylvania.1 She appeared on the census of 23 April 1910 at North Buffalo Township, Armstrong, Pennsylvania.3 As of June 1914,her married name was Brown.2 As of 1981, Hattie A Cousins was also known as Hattie Jane Brown.2 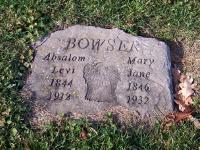