Alta became an LPN in 1977 through Willow Street Vo-Tech. She worked at Ware Presbyterian Village as a nurse for 30 years, retiring this past July. She was a member of Colerain Baptist Church, Kirkwood.

She was born in Colerain Twp., daughter of the late James and Anna Gregg McFann.

Susannah Hays was born on 5 January 1845 at Ireland.1,2,3 She married David W. Morrow, son of James Morrow and Mary B. Franby, on 12 June 1866 at Red Bank, Pennsylvania; also serving as witnesses:
Harry Buchannan & John Craig-Justice of Peace.4 Susannah Morrow died on 16 December 1913 at age 68. Death certificate was completed by daughter Fannie Hooks. Cause of death is listed as Acute Lobar pneumonia with a duration of 6 days. She died at 6:15 am.3 She was buried on 18 December 1913 at St Mary's Episcopal Cemetery, Madison Twp, Red Bank, Armstrong, Pennsylvania, in row 8.5,6 Susannah Hays Find-a-Grave.com ID # 44591927.7
She immigrated in 1854; Parents from Ireland 1854. She accompanied the immigration of William John Hays II and Letitia Ann Morrow on 5 June 1854; Came to this country on ship Choas and landed Jun 5, 1854 at Philadelphia. Settled in Madison Twp, Armstrong County.8,9 Susannah Hays appeared on the census of 23 July 1860 at Madison Township, Kellersburg, Armstrong, Pennsylvania.10 She immigrated in 1864.Immigration year reported on 1910 census was 1875.1 She Witnesses to marriage: William Hays,Harry Buchannan, John Craig-Justice of Peace on 12 June 1866. As of 12 June 1866,her married name was Morrow. She and David W. Morrow appeared on the census of 27 July 1870 at Summit Township, Erie, Pennsylvania. Susannah Morrow and David W. Morrow appeared on the census of 17 June 1880 at Madison Township, Armstrong, Pennsylvania. Living near this family was Balser Miller with ten children, 2 sets of twins and one of children was John Miller who married Emily Morrow and raised her brothers 2 girls, Susannah and Josephine.11 Susannah Morrow appeared on the census of 1900 at Madison Twp, Armstrong, Pennsylvania; was widowed and living with son David, Daughters Eily C (Emily C), Fannie I, Margaret L and son John F. Also in household were James Hooks, Brady Hooks & Harry Gould as boarders. Also listed as having had 9 children, 8 living in 1900.1 She was and her children & their spouses were photographed in what appears to be inside a large tent. between 1900 and 1901 at Armstrong County, Pennsylvania.12

Susannah Morrow appeared on the census of 15 April 1910 at 230 Mckean Way, Kittanning, Armstrong, Pennsylvania. Census reported Susan was mother of 9 children, 7 living as of this census.15 She Lived wtih daug Margaret & Emily before her death before 16 December 1913. She Oral interview w/ Willard Ogden 26 Jan 1990 on 26 January 1990.

Mary Jane (Manie) Morrow was born on 14 December 1872 at Rimerton, Pennsylvania.1,2 She married John Thompson Hooks, son of Chambers Hooks and Phoebe Gray, on 19 August 1897. Mary Jane (Manie) Morrow died on 16 October 1930 at Cowanshannock-Rayburn Township, Armstrong, Pennsylvania, at age 57. Cause of death was apoplexy (stroke) contributory cause was appendicitis.3,2

Letitia Ann Morrow died on 14 November 1948 at Nu Mine, Pennsylvania, at age 74. She was buried on 17 November 1948 at Limestone Church of God.1 Letitia Ann Morrow Find-a-Grave.com ID # 26995319.
She was Henry Stuart was miner. She Twins died at childbirth, date unknown. She Both Letitia and Henry Names on quilt. Letitia Ann Morrow was also known as Lettie Stuart. Her married name was Stuart. She appeared on the census of 17 June 1880 at Madison Township, Armstrong, Pennsylvania.3 She was a witness when Susannah Hays was and her children & their spouses were photographed in what appears to be inside a large tent. between 1900 and 1901 at Armstrong County, Pennsylvania.4

Fannie Irene Morrow was born on 5 May 1878 at Rimerton, Pennsylvania.1 She married James Lindsay Hooks, son of Chambers Hooks and Phoebe Hooks, on 16 October 1902 at St Paul's Episcopal Church, Kittanning, Armstrong, Pennsylvania. They were married in the church on a Thursday.2,3 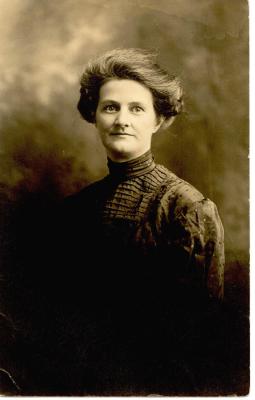 Hennrietta Odessa Landy and James Edward Landy were divorced on 26 June 1943 at Shiawassee, Michigan. Wife was granted the decree # 76 1444 for 'extreme and repeated cruelty and non-support. No children and no alimony alloted.3 Hennrietta Odessa Morrow married Harold E Newell, son of Ray N Newell and Ethel E Long, on 26 July 1943 at Steuben, Indiana.4

Susannah Jane Morrow was born on 16 May 1912 at Kittanning, Armstrong, Pennsylvania. She was baptized on 15 March 1914 at St Paul Episcopal Church, Kittanning, Armstrong, Pennsylvania; Parents are listed as J A Morrow and Nancy Cousins Morrow. Witnesses: Mrs L Croll & Mrs Wm Gough.1 She married Charles Henry Tubbs, son of Albert Tubbs and Ada Florence Davidson, on 31 December 1931 at Tyenesta Parsonage, Tionesta, Pennsylvania. Susannah Jane Tubbs and Charles Henry Tubbs were divorced on 5 April 1956 at Staunton, Augusta, Virginia. Cause of divorce was constructive desertion and cruelty. Divorce was granted to wife, not contested and alimony was granted. This was an absolute type divorce. Date of separation was Apr 10, 1953.2

Susannah Jane Morrow died on 3 July 1999 at At Home 1:10 am, Staunton, Augusta, VA, at age 87. She was buried on 6 July 1999 at Thornrose Cemetery, Staunton, Augusta, VA; Service conducted by Dr A Taylor Todd & Dr Randolph Harrison.
Susannah Jane Morrow Find-a-Grave.com ID # 39251927.
Susannah Jane Morrow lived at 320 N Lewis St, Staunton, VA. She Name on quilt with 1st husband. Her married name was Thompson. She lived in 1918 at Templeton, Pine, Pennsylvania; Moved to Templeton with Aunt Emily and Uncle John after their marriage. She was included in a visit to Mary Montgomery who was ill. Emily Miller and Josephine spent week end at Ogden's at Ford Cliff as Mr Ogden was ill on 18 January 1928 at Reesedale, Armstrong, Pennsylvania.4 She and Josephine Virginia Morrow were enjoying a Valentine party on 16 February 1929 at Frank Walker Home, Templeton, Armstrong, Pennsylvania.4

Susannah Jane Morrow was graded for Business Math and earned 8th place in high school competition on 18 May 1929 at Kittanning, Armstrong, Pennsylvania.4

Mary Catherine Manning died on 14 March 1933 at Kittanning, Pennsylvania, at age 59. She was buried on 17 March 1933 at St Mary's Episcopal Cemetery, Madison Twp, Red Bank, Armstrong, Pennsylvania; in row 8.4 Mary Catherine Manning Find-a-Grave.com ID # 55858453.
As of 2 December 1897,her married name was Morrow. She was a witness when Susannah Hays was and her children & their spouses were photographed in what appears to be inside a large tent. between 1900 and 1901 at Armstrong County, Pennsylvania.5

Charles Henry Tubbs was born on 15 September 1907.3 He married Susannah Jane Morrow, daughter of John Fredrick Morrow and Nancy Ellen (Ella) Cousins, on 31 December 1931 at Tyenesta Parsonage, Tionesta, Pennsylvania. Charles Henry Tubbs and Susannah Jane Tubbs were divorced on 5 April 1956 at Staunton, Augusta, Virginia. Cause of divorce was constructive desertion and cruelty. Divorce was granted to wife, not contested and alimony was granted. This was an absolute type divorce. Date of separation was Apr 10, 1953.4

Charles Henry Tubbs died on 30 March 1968 at St Philips Hospital, Richmond, Virginia, at age 60. Cause of death was Pulmonary emls.3,5,6 He was buried on 1 April 1968 at Thornrose Cemetery, Staunton, Augusta, Virginia.3 Charles Henry Tubbs Find-a-Grave.com ID # 39251977.
He was was manager at Bowling Alleys in YMCA before 1968 at Staunton, Augusta, Virginia.5

He was born March 26, 1907 in Lynchburg, a son of William Alexander and Annie Byrd Carpenter Thompson. He was a photographer, owning and operating Colonial Studios, and was a Navy veteran of World War II.

A service will be conducted 11 a.m. Tuesday in Thornrose Cemetery by the Rev. John H. J. Vernon.

The family will receive friends at Hamrick Funeral Home from 7:30-8:30 p.m. Monday.

Donations may be made to the Memorial Trust Fund of Staunton-Augusta Rescue Squad, 1601 N. Coalter St. Staunton 24401.