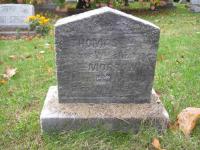 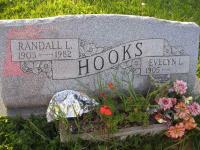 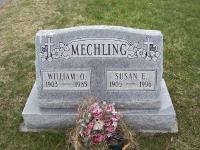 Alice Lavada Morrow was born on 17 January 1896. She died on 21 June 1896. She was buried on 24 June 1896 at St Mary's Episcopal Cemetery, Madison Twp, Red Bank, Armstrong, Pennsylvania; in row 8. Tombstone reads Age 5 months, 4 Days.2
She Grandmother Susannah Morrow claimed this child as her own even though she was 51 years old at the time.3 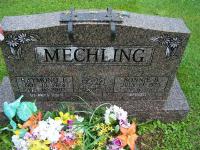 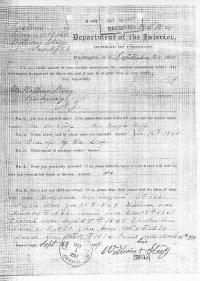 She was born on June 2, 1929, in Kittanning, PA, the daughter of Oliver William and Susan E. (Hooks) Mechling.

Sis was a lifetime resident of the Kittanning area and previously attended the First Church of God. She had worked at the former G.C. Murphy's store shortly before her marriage then most recently worked for over 8 years at the Armstrong County Area on Aging. Sis was a former member of the ladies auxiliary of Hose Company #4. Crafts and crocheting where her favorite hobbies, and she enjoyed making Afghans for all her family members. Sis loved cooking and hosting family meals at holidays where she was known for her homemade noodles. She will best be remembered as a very caring person and always putting her family before herself.

She was preceded in death by her parents; and two brothers, Kenneth Paul "Pinky" Mechling, and Raymond E. "Red" Mechling.

Additional visitation will be held on Wednesday, January 21, 2014, at the funeral home from 10:00 am until the time of funeral services at 11:00 AM with the Rev. John W. Snyder officiating.