This wall hanging was made by Gaylene and is haning in her home July 31, 2014 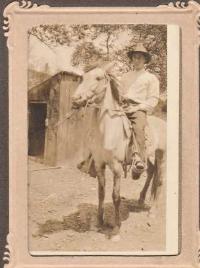 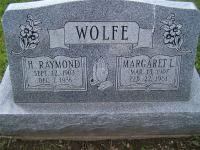 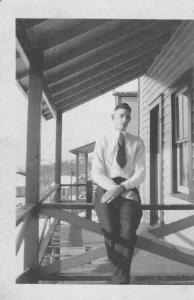 David Wilbert Hooks was born on 19 July 1898; date as recorded in Morrow bible.1 He was born on 24 October 1898 at Cowanshannock Twp, Armstrong, Pennsylvania.2 He died on 9 August 1986 at age 87. He was buried on 12 August 1986 at Wintergreen Cemetery, Erie, Pennsylvania. David Wilbert Hooks Find-a-Grave.com ID # 41981196.3
He was a witness when Susannah Hays was and her children & their spouses were photographed in what appears to be inside a large tent. between 1900 and 1901 at Armstrong County, Pennsylvania.4 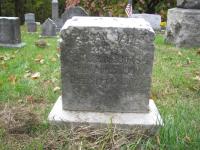 Susan Jane Hooks was born on 8 August 1900. She died on 16 September 1900.1 She was buried on 18 September 1900 at St Marys Episcopal Church, Red Bank, Pennsylvania.1 Susan Jane Hooks Find-a-Grave.com ID # 44591931.
She was a witness when Susannah Hays was and her children & their spouses were photographed in what appears to be inside a large tent. between 1900 and 1901 at Armstrong County, Pennsylvania.2

F, b. 14 November 1926, d. 9 December 2011
Betty J Yockey was born on 14 November 1926 at Worthington, Pennsylvania. She married Billie R Knappenberger on 8 April 1949.2 Betty J Yockey Find-a-Grave.com ID # 81759388. She died on 9 December 2011 at Pittsburgh, Allegheny, Pennsylvania, at age 85. Her obituary: Betty J. (Yockey) Knappenberger, 85, of Slate Lick, went to be with her Lord and Savior on Friday, Dec. 9, 2011, surrounded by her family, in Allegheny General Hospital, Pittsburgh. Born Nov. 14, 1926, in Worthington, she was a daughter of the late Roy and Alice (Hooks) Yockey, and a lifelong resident of the area. She was a member of Union Baptist Church. She was a homemaker, who enjoyed doing puzzles, gardening, baking and spending time with her family. Survivors include her husband of 63 years, Billie Knappenberger, of Slate Lick; son, Richard (Linda) Knappenberger, of Worthington; daughter, Jane (William) Anthony, of Kittanning; grandson, Jared Anthony; granddaughters, Keely Anthony and Morgan (Robert) Galonski; sisters, Helen Wilson, of Cowansville, Delores (Fred) Plastow, of Warsaw, Ind., and Ethel (Duane) King, of Crawfordsville, Ind; and brother, Russell (Joan) Yockey, of Butler. Friends will be received from 2 to 4 and 7 to 9 p.m. Sunday at F. DUANE SNYDER FUNERAL HOME, in Worthington. Additional visitation will be from 10 a.m. until the time of service at 11 a.m. Monday in the funeral home with Pastor Jonathan Hill, her church pastor, and her brothers-in-law, Pastor Duane King and Fred Plastow, co-officiating. Interment in Lawn Haven Burial Estates. Memorial contributions may be made to Union Baptist Church. For more information or to send an online condolence, please visit www.snydercrissman.com.1 She was buried on 12 December 2011 at Lawn Haven Burial Estates, Worthington, Armstrong County, Pennsylvania.1
As of 8 April 1949,her married name was Knappenberger.2 She witnessed funeral of Emily Milller on 5 June 1959 at Amberson C Bauer Funeral Hopme, Kittanning, Armstrong, Pennsylvania.3

Born June 26, 1929 in Worthington, she was the daughter of the late Roy and Alice (Hooks) Yockey.

She formerly worked as a baker and was the owner of the Old Mill Restaurant. She attended Worthington Baptist Church. Helen enjoyed playing bingo and loved spending time with her grandchildren.

The family would like to thank Good Samaritan Hospice and a special thanks to the nurses and aides, especially Amy Knappenberger, Marie, and Patty.

Friends will be received on Tuesday, January 22, 2019 from 2-4 p.m. and 7-9 p.m. at the Snyder Crissman Funeral Home, 832 East Brady Rd., Cowansville. Additional viewing will be held at the funeral home on Wednesday, January 23, 2019 from 10 a.m. until time of funeral service at 11 a.m. with Rev. Sue Foster officiating. Burial will follow in Sherrett Cemetery. For more information or to express condolences to the family, please visit www.snydercrissman.com.3
She was buried on 21 January 2019 at Sherrett Cemetery, Sherrett, Armstrong County, Pennsylvania.3 Helen Ruth Wilson Find-a-Grave.com ID # 197025759.
As of 13 July 1948,her married name was Wilson.2

Delores and Fred married June 18, 1960, and soon embarked on their life mission to share the good news of Jesus Christ with people of other nations. They lived in Morocco for nearly 6 years, in Switzerland for 2 years, in Belgium for 11 years, and in Spain for 10 years before returning to the USA, where they first served in Columbia, South Carolina as ambassadors for their sending mission agency, Avant Ministries, then eventually settled in Warsaw, Indiana.

While she never learned to ride a bicycle, she learned to speak Arabic and French and prepared manuscripts for publications in those languages. Delores played the piano for countless church services, typed faster than anyone we knew, always managed to spot the typos in the church bulletin, and mastered the Betty Crocker cookbook, along with several Moroccan national dishes. She enjoyed walks with her husband, quilting projects, puzzles, and having friends and family over for meals.

Delores will be remembered as an excellent life partner by her husband of 60 years, for her compassionate love by her children, and for her warm hospitality and gentle, caring spirit by the multitudes of friends who were blessed to experience it while in her home.

In the last 4 years of her life, Delores gradually lost much of her ability to communicate verbally with others. But throughout this time she made it clear with her easy smile and a gentle laugh that she enjoyed every minute with family and friends, displaying uncommon gentleness and contentment, and occasionally surprising us by finishing her husband’s sentences.2,3 She was buried on 20 July 2020 at Pleasant View Cemetery, Warsaw, Kosiusko, Indiana.3 Delores Yockey Find-a-Grave.com ID # 213134280.4
She Fiance killed in farm accident. As of 18 June 1960,her married name was Plastow.1 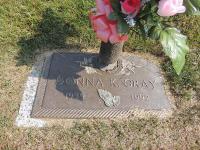