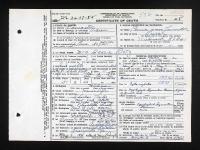 Bessie Taylor was born on 12 February 1890 at Michigan.2,3 She married J Clyde Rintz.3 Bessie Taylor died on 2 May 1941 at Kirkwood, Lancaster, Michigan, at age 51. Cause of death was Uramia due to spinal cord problem. Funeral Director was Carl Reynolds.2,3 She was buried on 5 May 1941 at Quarryville Cemetery, Quarryville, Lancaster, Pennsylvania.3
Her married name was Rintz. 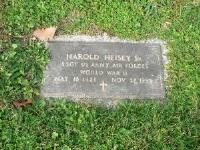 Word has been received of the death of former Columbia resident Harold Heisey, who died at his home in Illinois on Nov. 27 after a long illness.

Heisey moved from Columbia to the Chicago area 30 years ago.

He retired as a factory worker from Abrasive Rubber Wheel in Fox Lake.

A veteran of the U.S. Army, he served in World War II.

Born in Columbia, he was the son of the late John and Mary Mutzabaugh Heisey.

F
Nancy ? married John H (Andy) Murray, son of John Murray and Ellen Clark; Nancy was probably not actually married to John H Murray but did have a child to him.1
Her married name was Murray.2 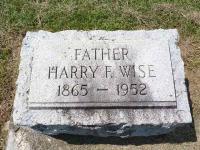 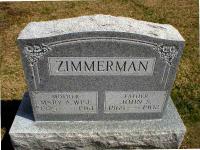