He graduated from Pequea Valley High School. He was a member of St. John's United Methodist Church of Paradise. Brian worked as an Order Manager for Signature Custom Cabinetry of Ephrata. He loved watching football and going to Lancaster Barnstormers games.

Surviving besides his parents are 2 siblings: Richard "Jake" Wasson of Gordonville, Deborah wife of Preston Chambers of Lancaster. Nieces and nephews also survive.

Funeral service will take place from the Shivery Funeral Home, 3214 Lincoln Highway East, Paradise, PA, on Monday, October 2nd at 11 a.m. with a viewing time from 10 a.m. until time of service. Pastor Eugene Errickson will be officiating. Interment will be in the St. John's Methodist Cemetery. In lieu of flowers contributions may be made to St. John's United Methodist Church, P.O. Box 86, Paradise, PA 17562. shiveryfuneralhome.com.1,3 He was buried on 2 October 2017 at St John's United Methodist Cemetery, Paradise, Lancaster, Pennsylvania.3 Brian K Wasson Find-a-Grave.com ID # 183817270. 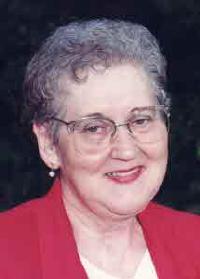 Rhoda graduated from J.P. McCaskey High School in 1949. She worked as secretary and bookkeeper for her husband's painting contractor business.

She was a member of St. John's United Methodist Church, Paradise since March, 1948.

Rhoda was a member of Chris Penn Chapter #455 Order of the Eastern Star, Christiana, and the Paradise Homemaker's Club.

There will be a viewing on Saturday, October 25, 2014 from 1 until 2 PM at St. John's United Methodist Church, 3001 Lincoln Highway East, Paradise, PA. The funeral is 2 PM from the church with Pastor Eugene Errickson officiating. Interment in Hershey Mennonite Cemetery following the service. 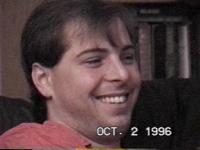 Mark William Kachel was born on 15 September 1968.1 He married Dara Lynn Shelton on 25 June 1994.1 Mark William Kachel died on 5 February 1998 at Brandywine Hospital, West Chester, Chester, Pennsylvania, at age 29. His wife shared this information with me on 17th anniversary of his death: Mark did not die at Brandywine.
He was in his vehicle...dead...for quite some time at the accident scene. He died "instantly" mainly because he was parked between the guard rail and the truck that hit him so his body took all the impact and it ruptured his brain stem. He had no bruising or anything whatsoever because he just...stopped that moment. It was weird seeing him dead when he "looked" perfectly fine.

I am not sure what the law would be in 1998 in Chester County as far as where he'd have been "pronounced" dead (like if the coroner comes to the scene or if the body is taken to the coroner at the hospital) but he didn't die at Brandywine Hospital. He died at the intersection of Rte. 41 and Zook Road in Christiana...parked by the side of the road watching a jackknifed tractor trailer coming straight at him...His body was taken to the trauma center once removed from his truck.2,3 He was buried on 8 February 1998 at Georgetown United Methodist Cemetery, Bart, Lancaster, Pennsylvania. Obituary reads:
MARK KACHEL, 29, OF GAP, DIES IN ACCIDENT

Mark W. Kachel, 29, of Gap died Thursday at Brandywine Hospital and Trauma Center of injuries suffered during a crash at 8:10 a.m. on Route 41 at Zook Road near Christiana.

Route 41 was closed for about six hours as investigators pieced together the violent accident.

Kachel, the owner of a painting company, was an active member of Common Clay Christian Fellowship, Atglen, where he played guitar on the worship team.

A volunteer at Cornerstone Pregnancy Care Services, he helped paint and redecorate its facilities in Gap and Oxford.

He was a 1986 graduate of Pequea Valley High School.

Born in Lancaster, he was the son of Daniel H. Kachel Jr. of Kinzers and Sandi Feister Harbaugh of Honey Grove.

He was married to Dara Shelton Kachel.