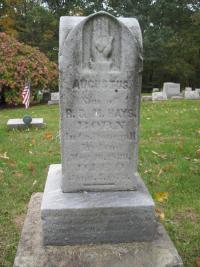 Augusta Hays was born on 10 May 1839.1 He died on 5 January 1879 at Armstrong, Pennsylvania, at age 39.1 He was buried on 8 January 1879 at Saint Marys Episcopal Cemetery, Madison Township, Armstrong, Pennsylvania. Inscription: son of R. & M. Hays born in Co. Donegall Ireland Asleep in Jesus far from thee Thy kindred and their graves may be But there is a blessed sleep From which none ever wake to weep. Row 6, plot 7.1,2 Augusta Hays Find-a-Grave.com ID # 44591885. 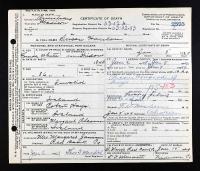 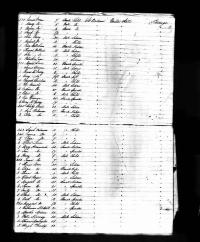 Susan A Hays witnessed the will of Robert John Hays on 29 February 1892 at Kittanning, Armstrong, Pennsylvania.4 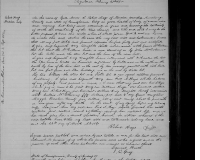 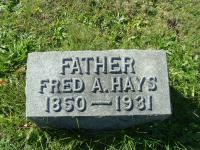 Fred Alcorn Hays was named an heir in the will of Robert John Hays dated 29 February 1892 at Kittanning, Armstrong, Pennsylvania.5 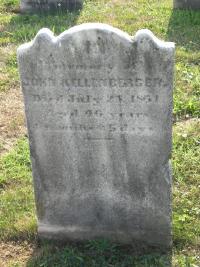 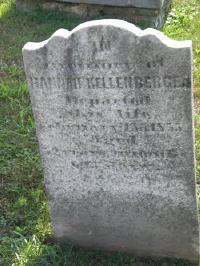 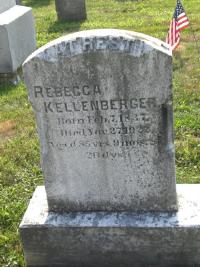 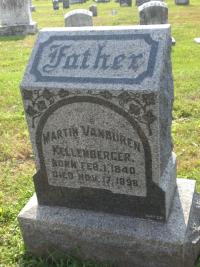 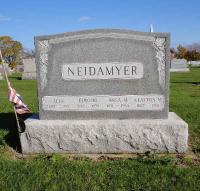 He was pronounced a suicide at 10:30 a.m. by Dr. Ralph Golden, deputy coroner from Brownstown.

His wife, the former Alta L. WIntrode, found his body about 12 minutes after he had left the house this morning. Dr. Golden said he had been depressed.

He was born in Oregon, Pa., a son of the late Clayton and Anna Witmer Neidamyer. His mother died Feb. 22.

WORLD I VET
Neidamyer was a member of the Ebenezer Evangelical Congregational Church in Brownstown, of the Lebanon County and Swatara Beagle Clubs, and the West Earl Sportsmen's Assn. As a sergeant in the 79th Division in France during World War I, he was wounded by shrapnel.

He returned and opened a meat market stand in the Central Market House in the early 1920's.

Besides his wife, he is survived by a daughter, Joan, wife of Kenneth R. Rynier, Lancaster; two grandchildren, and two sisters, Hazel, wife of Abram Stauffer, East Petersburg, and Anna, wife of Paul Ness, Oregon.1 Elwood B Neidamyer Find-a-Grave.com ID # 88914790. 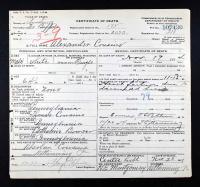