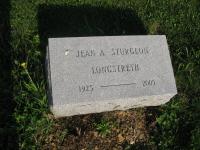 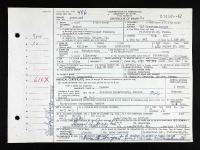 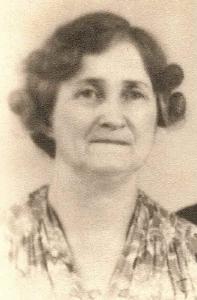 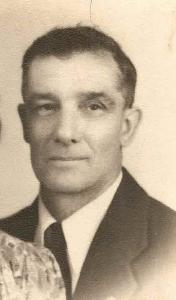 Guy Walter Edmiston 86, Stoneham, was found dead at his home, Thursday, Nov 7, 1974, of apparently self-inflicted carbon monoxide poisoning. Time of death was estimated at 1:15 p.m. A resident of Stoneham for more than 50 years, he was born Dec. 12, 1886, in Forest County. He retired in 1949 after working for many years as a leaseman with South Penn Oil Company. He was a member of Stoneham United Methodist Church and a Charter Member of the Irvine Rod and Gun Club.
His wife, Mary Edmiston preceded him in death in February of 1958.
Surviving are three sons, Edward Edmiston, Philadelphia, Foster Edmiston, Tiona and Arnold Edmiston, Clarendon Heights; 13 grandchildren, 26 great grandchildren and several nieces and nephews. In addition to his wife, he was preceded in death by a son and two daughters and several brothers and sisters.
Calling hours are being observed today from 3-4 and 7-9 p.m. at the Peterson-Blick Funeral Home. The funeral services will be held there at 1:30 p.m. with the Rev. R. G. Lilley, pastor of Stoneham United Methodist Church, officiating. Burial will be in Oakland Cemetery.1 He was buried on 10 November 1974 at Oakland Cemetery, Warren, Warren, Pennsylvania.1 Guy Walter Edmiston Find-a-Grave.com ID # 6529298 + obituary and family links. 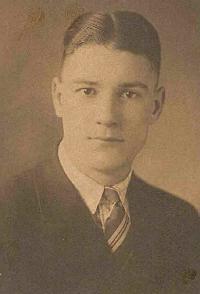 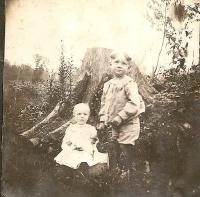 Find-a-grave picture contributed by Greg Edmiston 5/16/2010
Ethel Lena Edmiston was born on 10 April 1906 at Newmansville, Clarion, Pennsylvania.1,2 She died on 12 December 1907 at Mayburg, Forest, Pennsylvania, at age 1. Cause of death was Bright's Disease, she died on her father's 21st birthday.1 She was buried on 15 December 1907 at Wolfs Corners Cemetery, Wolfs Corners, Clarion, Pennsylvania.2 Ethel Lena Edmiston Find-a-Grave.com ID # 6545728. 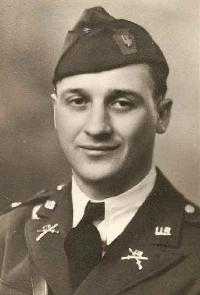 Elton Allen (Tad) Edmiston was born on 15 January 1910 at Clarendon, Warren, Pennsylvania.1 He died on 26 March 1945 at Rheinland-Pfatz, Germany, at age 35. His obituary read:
FORMER CO. I OFFICER IS WAR CASUALTY

News that Captain Elton A. Edmiston, of Clarendon RD 1, was killed in action on March 26, has been received by his wife over the weekend.

Graduate of Warren area High School of 1928, the officer was employed by the Cresent Furniture Company prior to entering the service. He was a member of Company I, 112th Infantry Regiement when it left Warren in February, 1941, and accompanied that unit to Indiantown Gap and to Camp Livingston, LA.

Transferring from the 28th Division to the 89th, he was transferred to Camp Carson, CO, and from there to Camp Butner, NC, going overseas on January 25, 1945. Rated a second lieutenant when he left Warren, he had advanced to his present rating about two years ago. 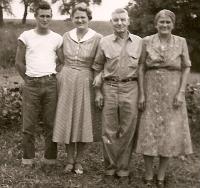 She was a member of the Tiona United Methodist Church, where she was church treasurer, secertary of the Golden Rules, on the board of trustees and a member of the church choir.

She had lived in Tiona for 52 years, moving there from Clarendon.

Friends may call at the Borden-Vincent Funeral Home in Sheffield, Sunday from 2-4 and 7-9 p.m. A funeral service will be held at the Tiona United Methodist Church, Monday at 11:00 a.m. with the Rev. Randy Sweet officiating, assisted by the Rev. Howard Markel and Rev. Tim Maybray.

Burial will be at Oakland Cemetery in Warren, PA.1 She was buried on 20 August 1990 at Oakland Cemetery, Warren, Warren, Pennsylvania.1 Dorothy Mildred Kemmer Find-a-Grave.com ID # 6529204 + obituary + family links.
As of 28 January 1936,her married name was Edmiston.1