F, d. 1947
Doris McManus died in 1947.
She was School Teacher. She of Columbia was included at a reunion with approx 150 members attending. Tenth Reunion. on 25 July 1936 at Buchmiller Park, Lancaster, Lancaster County, Pennsylvania.1

Mrs. Rinehart was a nurse at Eastbrook Family Health Center. She retired after 11 years. Earlier, she was a charge nurse at the former St. Joseph Hospital.

Mrs. Rinehart was a 1952 graduate of Lancaster Catholic High School.

After her marriage in 1958, to Joseph W. Rinehart, she assisted her husband in his used car business.

A homemaker and mother, she also was active in community affairs.She was a den mother and Brownie leader with scouting, a charter member of the Strasburg Area Women's Club and volunteered with the Friends of the Railroad Museum of Pennsylvania.

Mrs. Rinehart was a life member of the Strasburg Community Ambulance Association and served during the Association's organizational period and she also held training classes in her home.She was later employed at Eastbrook Family Health Center as an office nurse for 11 years until her retirement.

Mrs. Rinehart was a member of St. Anthony of Padua Catholic Church since childhood.

Born in Richmond Hill, Long Island, NY, she was the daughter of the late Harry L. and Catherine Hilbert Rickert.1
Carolyn Rickert Find-a-Grave.com ID # 119662665.
As of 21 June 1958,her married name was Rinehart. 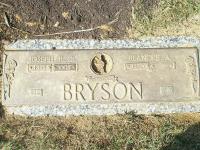 He was the husband of Blanche A. Quenzer Bryson, with whom he married March 15, 1952. They celebrated 53 years of marriage last Tuesday.

Born in Lancaster on January 14, 1932, he was the son of the late George and Bertha M. Patton Bryson.

He retired in 1988 as a machinist from Permutit in Lancaster. Currently, he was employed part time by John Herr's Village Market, Millersville and also with the Lancaster Newspaper.

He was an avid Philadelphia Eagles and Phillies fan. He enjoyed woodworking, along with playing golf, softball, and volleyball.

Surviving in addition to his wife is one son, Joseph H., Jr., husband of Rachel E. of Lapoint, Utah; two daughters, Barbara A. Bollinger of Lititz, and Sherri J., wife of J. Michael Kauffman of Lancaster. He is also survived by a brother, Charles V. of Lititz and two sisters, Florence M. Yoder and Bertha E. Gerlitzki, both of Lancaster. He was preceded in death by a brother, George and sisters, Thelma Eager, Grace Heiler and Ruth Bryson.

Relatives and Friends are respectfully invited to attend the funeral from the Chapel of the Andrew T. Scheid Funeral Home, 320 Blue Rock Road, Route 999, Millersville, PA on Monday, March 28, 2005 at 10:00 AM. Interment will be held in the Riverview Burial Park, Lancaster, PA. Friends may call at Scheid's on Monday morning from 9 until 10 AM. Please omit flowers. Memorial Remembrances may be made to the American Heart Association or to the American Diabetes Association.3 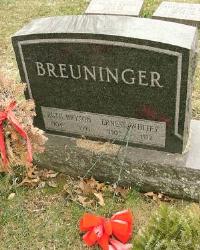