Mary had been a volunteer Grey Lady at the Lancaster General Hospital for many years. She also worked in food service for the School District of Lancaster for 14 years, retiring in 1976. She was a member of Covenant United Methodist Church, Lancaster. Mary enjoyed spending time with her family. She also enjoyed doing needlework and crafts, especially counted cross stitch.

A Memorial Service will be held 11 AM, Saturday, March 3, 2012, in the Chapel at the Mennonite Home, 1520 Harrisburg Pike, Lancaster, PA, with Chaplain Dorcas J. Martzall officiating. Private Interment in Riverview Burial Park. Please omit flowers and consider doing an act of kindness for someone in memory of Mary. To send the family online condolences, please visit SnyderFuneralHome.com. Charles F. Snyder Funeral Home & Crematory 717-393-9661 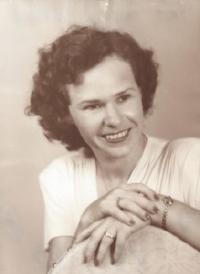 She spent the last months of her amazing life in the loving care of Julia Arment. Mill or Millie, as friends called her or Nee, a nickname she fondly was referred to by her godson, Guy. Mildred lived a long and wondrous life that started in Merrimack, New Hampshire where she grew up with her parents, Charles and Mary Montgomery Corey as well as her two brothers Walter, Robert and sister Francine.

She went to college for two years studying to do mission work but left college to look for employment as the US was heading into war. She traveled the country finding multiple opportunities and eventually landing in Lancaster where she worked for the Social Security office and met her husband Richard Milley and they were married for over 30 years until he died in 1992.

Mill enjoyed and cared for all animals, ask anyone in her neighborhood. She enjoyed raking leaves and reciting Shakespeare even in to her 90’s. Mildred will be remembered in the hearts of those who were influenced by her and loved forever by those who were close to her.

She is the last of her immediate family, but leaves behind her devoted friends and godson Guy Arment of Lancaster.

Services will be private at the convenience of the family. Burial will take place in Riverview Burial Park.

Ruth B. Milley was born on 19 October 1916 at Lancaster, Lancaster, Pennsylvania.2 She married Jay Bushong circa 1950.3 Ruth B. Milley married John C. Ely circa 1983.1 Ruth B. Milley died on 11 March 2011 at Masonic Village, Elizabethtown, Lancaster, Pennsylvania, at age 94; Her obituary read:
Ruth M. Bushong Ely, formerly of Lancaster, passed away at Masonic Village in Elizabethtown on Friday, March 11, 2011. She was born October 19, 1916, the daughter of the late Harry and Jennie Milley. She was the wife of the late Jay Bushong to whom she was married for over 31 years and the late John Ely with whom she shared 7 years until his death in 1990.

Ruth was employed by American Seed Company during World War II and again after Jay's death. She and Jay had spent many happy hours in the company of their large number of friends dancing and playing cards. With John, she traveled throughout the United States and sailed the high seas, including a trans-Atlantic cruise on the QE II, and she gave him loving care during his last illness.

She is survived by her daughter Barbara, wife of John Graeter, and two grandsons, Chris Graeter, husband of Julie Colville, Fort Collins, Colorado, and Tim Graeter, husband of Rachel Cantwell, Kettering, Ohio, and granddaughters Claire, Lindsey, Emily, Audrey and Hannah, along with five sisters, Kathleen Milley, Mary Kittinger, Catherine (Kitty) Guinter and Sylvia Erisman, all of Lancaster, and by Margaret Milley of New Mexico, and many nieces and nephews whom she loved dearly. She also leaves a stepson, Albert Ely and his wife Mary Jane, of Fair Oaks Ranch, Texas, and their children John, David and Megan and six great-grandchildren. Ruth's brothers Charles, Richard and Robert Milley predeceased her.

The family wishes to express its deepest gratitude to the staff and employees of Masonic Village, especially in the Lafayette East neighborhood, for the kindness and love they extended to Ruth during the time she was with them.

A Memorial Service will take place Tuesday, March 22, 2011 at 11 AM, with Chaplain Timothy A. Nickel officiating, at the Charles F. Snyder Funeral Home & Crematory, 441 N. George St., Millersville, PA. Friends may greet the family from 10-11 AM at the funeral home. Private Interment in Riverview Burial Park. Please omit flowers. If desired, contributions may be sent to Masonic Charities, One Masonic Drive, Elizabethtown, PA 17022. 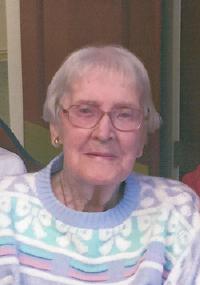 Miss Milley was a bookkeeper for Belk, Inc. Department Stores, Ormond Beach, FL. She enjoyed bird-watching and loved fishing during her years in Florida.

Born March 12, 1921 in Lancaster, she was the daughter of the late Harry K. and Jennie B. (Neal) Milley and was of the Lutheran faith.

She is survived by one sister; Catherine "Kitty" Guinter, of the Mennonite Home as well as several nieces and nephews. She was also preceded in death by seven siblings; Sylvia Erisman, Mary Kittinger, Ruth Ely, Charles, Margaret and Robert Milley. 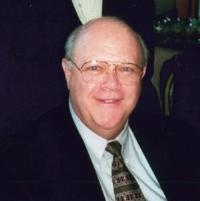 Joe was a graduate of Lancaster Catholic High School class of 1953. He played football under the late coach Eugene Kruis and was co-captain of the Crusaders 1953 team. Owing to many permanent and minor injuries, Catholic’s last game of the season was cancelled.

In 1959 Joe graduated from Franklin and Marshall College with a B.S. in Economics. After college he started his career with the Federal Government as a cost accountant at Olmstead Air Force Base.

He joined the U.S. Postal Service in 1966 as a cost accountant in the Service’s Headquarters in Washington D.C. He was promoted chief of information presentation section in the cost division. While there, Joe was a recipient of a Post Office Department Superior Accomplishment Award.

He transferred to Lancaster Post Office in 1973 as Budget Manager. He later held the position of Director of Finance and retired as Director of Field Operations in 1992. Joe then worked part time for AAA Lancaster county from 1993 to 2015 and enjoyed his time there helping members plan trips.

Joe was a past member of several organizations; the Bowie Maryland YMCA board, a lifetime member of the Hempfield Jaycees, Northeast Rotary Club, the Lancaster Power Squadron, Board of Directors for the Lancaster Postal Employees Credit Union, the American Management Association, Woodcrest Villa Resident Council, treasurer of the Wood Shop. He was a member of Stehman United Methodist Church serving as financial secretary and on the administrative board for many years. After moving to Woodcrest he attended the chapel there.

His interests were toy train collecting, furniture refinishing, and vacations at the Jersey shore, cruising the Chesapeake Bay on his boat KIJOTO, and his yearly trip to the Outer Banks deep sea fishing for Tuna. Joe looked forward to his monthly breakfast with his 1953 classmates. Most of all he loved being with his family.

The family would like to thank J. Harold Mohler M.D. for giving Joe the best of care for many years.