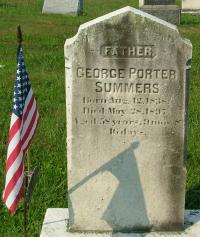 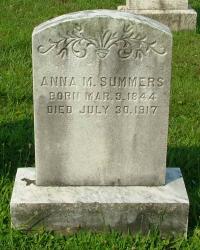 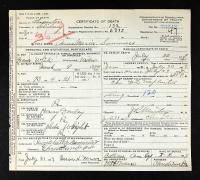 Emma Hill was born on 6 June 1845 at Venango, Pennsylvania.1,2 She married Leander T Herron in 1870.2 Emma Hill died on 6 July 1925 at St Paul, Howard, Nebraska, at age 80; From Obit:
Mrs Herron Releived of Earthly Pains,
Fine Old Lady, Honored and Respected by All,
Does Good on Earth

Mrs. Emma Herron was born in Canal, Venango County, Pennsylvania in 1845, and lived there until some time after her marriage which occured in 1870.

In 1884 Mrs Herron and her husband immigrated to Fort Hartstuff where they lived during the building of the fort, being there at the time of the fight with the Indians in which Sargent Daugherty was killed. Two years later they came to St. Paul and located one mile east of the North Loup bridge in the forks of the Loups on a homestead.

After locating their homestead, hard times and grasshoppers forced Mr. Herron to return to the oil fields in Pennsylvania to work while Mrs Herron and Frank her son to held down the claim. After proving up their land they returned to Pennsylvania for a short time then in 1883 they returned to in St. Paul where they have made their home. courtesy of Sue.2 She was buried on 9 July 1925 at Elmwood Cemetery, Saint Paul, Howard, Nebraska.2 Emma Hill Find-a-Grave.com ID # 40336503.
She appeared on the census of 29 July 1850 at Canal Township, Venango, Pennsylvania.1 She appeared on the census of 8 August 1860 at Canal, Venango, Pennsylvania.3 As of 1870,her married name was Herron.2 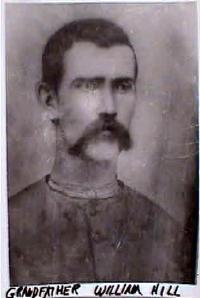