Gordon Richard VanZandt was born on 29 December 1938 at Altoona, Pennsylvania.2 He married Julia Murray McCamant, daughter of John Nathaniel McCamant and Eva Kathryn Taylor, on 10 June 1959 at Lancaster, Lancaster, Pennsylvania.1 Gordon Richard VanZandt died on 17 February 2011 at Lancaster, Lancaster, Pennsylvania, at age 72. His obit: Gordon Richard VanZandt, 72, of Lancaster, passed away on Thursday, February 17, 2011. He was the husband of Julie McCamant VanZandt with whom he celebrated their 51st wedding anniversary on June 20, 2010. He was born in Altoona, son of the late Calvin J.T. and Erma Lucinda Cameron VanZandt. He was a graduate of Thaddeus Stevens College of Technology, Class of 1959. He worked for Lancaster General Hospital for 37 years and retired as Supervisor of Telecommunications in 2008. He was a member of First Baptist Church Lancaster and the Communication Council. Gordon was a 32nd Degree Mason as a member of Lodge #43 F&AM, Tall Cedars of Lebanon, P.G.T.C., Royal Arch Chapter #43 M.E.H.P., Lancaster, Goodwin Council #19, Lancaster Commandery #13 Knight's Templar C.G., Scottish Rite Valley of Harrisburg, Lancaster Lodge of Perfection, Rajah Shrine, Reading, Order of Eastern Star. He served on the Board of Director's for Thaddeus Stevens Foundation Charitable Arm of the College and the Thaddeus Stevens College of Technology Alumni Association Board of Governors. He was also a member of Strasburg Sportsmen's Club, Greenhill Sportsmen's Club and the National Square Dance Camper's Association. He was a Foster Parent for fifteen years for over 100 children. Gordon enjoyed hunting, fishing, cruising, camping and most of all, his family.

The Funeral Service will be held at First Baptist Church Lancaster, 612 North Duke Street, Lancaster, PA 17602 on Tuesday, February 22, 2011 at 10:30 A.M. with Rev. Richard S. Hill and Rev. Richard P. Cook, officiating. Interment in Mellinger Mennonite Cemetery. Friends may call at the church on Monday from 6:00 P.M. to 9:00 P.M. and also on Tuesday from 9:30 A.M to 10:30 A.M. Masonic service will be held on Monday at 8:30 P.M. by Lodge #43 F&AM. Please omit flowers. Memorial contributions may be made in his memory to: First Baptist Church Lancaster. Arrangement by the Workman Funeral Homes, Inc., Mountville/Columbia.2
He was buried on 22 February 2011 at Mellinger Mennonite Cemetery, Lancaster, Lancaster, Pennsylvania.2 Gordon Richard VanZandt Find-a-Grave.com ID # 65894582. 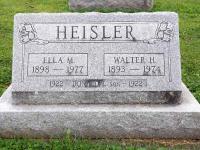 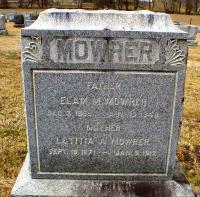 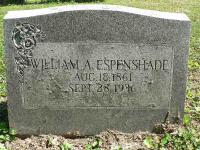