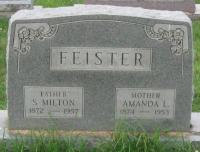 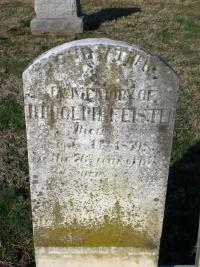 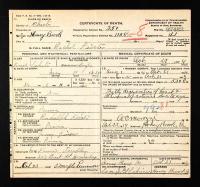 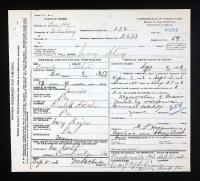 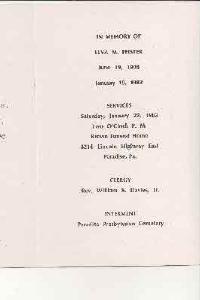 John Lynford (Jack) Feister was born on 15 August 1939 at Lancaster, Pennsylvania.1 He married Jane L. Mantell, daughter of Gerald K Mantell and Jeannette White, on 18 March 1961 at Honeybrook, Chester, Pennsylvania. Marriage Lic # 23163, married by Lane A Weller, minister.1,2,3 John Lynford (Jack) Feister died on 1 September 2007 at at home at age 68; John L. Feister, 68, of Strasburg Road, Kinzers, passed away at home on Saturday, September 1, following a lengthy illness. Known to all as "Jack," he was the husband of Jane L. Mantell Feister for 46 years.

Born in Kinzers, he was the son of the late Clyde L. and Elva M. Stauffer Feister. Jack graduated from Pequea Valley High School and then served in the US Marine Corps, stationed in the South China Sea area. After graduating from Millersville University, he returned to the Feister family trade of painting and paperhanging. Jack was self employed until his illness in 2003.

Jack was a member of Bellevue Presbyterian Church, Gap. A former member of Kinzer Fire Company, he remembered responding to fire calls by jumping on the back of the engine as it slowed to pick up volunteers. He was a Past Master of Christiana Lodge 417 F.& A.M. Also a 32nd Degree Mason, he was a member of Lancaster Lodge of Perfection and the Valley of Reading. In addition to his wife, Jack is survived by four sons, Jeffrey married to Barb Martin Feister of Narvon, Jerry married to Ruth Fisher Feister of Narvon, Joseph married to Ginelle Haines Feister of Lancaster and James Feister of Lancaster, three grandchildren, two brothers, Clyde K. Feister of Christiana and Larry L. Feister of Mississippi and one sister, Jane E. Witmer of Kinzers.