Next reunion to be held at Williamson Park, the third Sunday in June 1938.
Lizzie A Gregg appeared on the census of 11 April 1940 at 214 W Main St, Strasburg, Lancaster, Pennsylvania.9 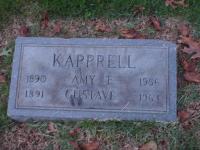 He was the husband of Barbara A. Fenninger Miller.

Born in Salisbury Township, he was the son of the late Charles C. and Edna M. Ranck Miller.

Until his death, he was a partner in McClure's Pies and Salads of Gap. Before that he had been a foreman at the former Trojan Yacht Co. plant in Kinzers and owned and operated school buses for the Pequea Valley School District.

Surviving besides his wife is a daughter: Roberta J. “Bobbi” Miller wife of Barry Dunlap of Reading, 3 siblings: Ella M. Blank of Lititz, Donald W. Miller of Narvon, Rev. William A. husband of Betty Kreider Miller of Myerstown. He was preceded in death by 3 brothers: John, Raymond and Kenneth Miller.

At Bob’s request there will be no services. If desired contributions may be made in his name to Hospice of Lancaster County, P.O. Box 4125, Lancaster, PA 17604. Arrangements by the Shivery Funeral Home, Christiana & Paradise. 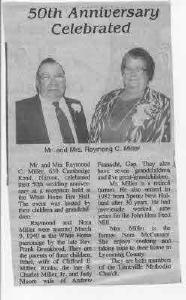